One of my previous posts showed a low poly dirt car model that I produced to run in rFactor for the guys at  the Dirt Late Model Sim group. 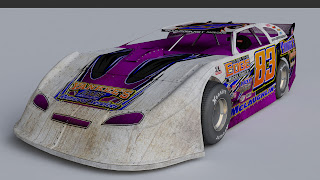 To Create this model I made a High Poly version which I then used to bake my texture and normal maps from. 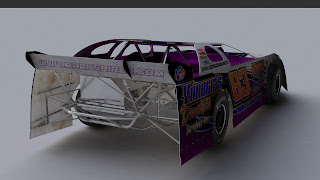 Shown here are some renders of the High Poly version that I created with some materials applied and rendered out using V-Ray. 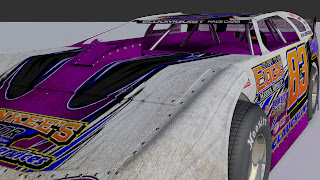 You can see the Low Poly version running inside rFactor in one of my other previous posts. Also remember to have a look at the dirt late model sim group by visiting there website http://www.dirtlatemodelsim.com
Posted by Mark Shires at 23:02