Another project that I have completed involved me creating a 3D image that will be used as the background in an upcoming game, with the working title of 'The Forbidden'. 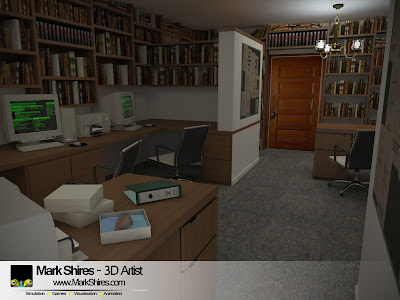 The image was created, allowing spaces for things to be placed on desks etc, in the game editor. Once I have further details about the game I will share them with you. In the meantime have a look at my previous image that was created for this game which is a Basement Lab Scene
Posted by Mark Shires at 10:51 No comments: